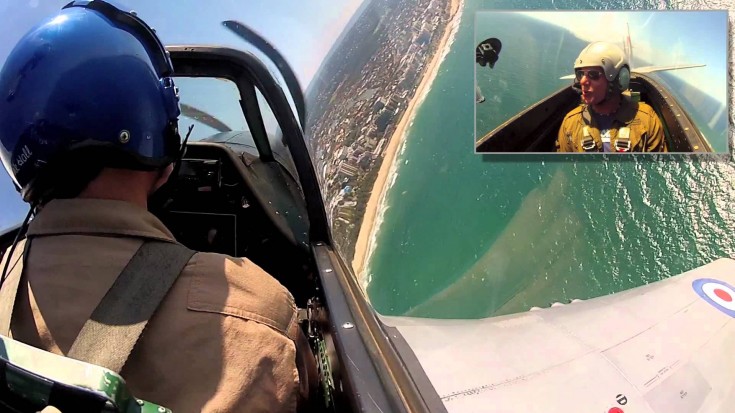 What A Beautiful Ride In A P-51 Mustang

While the Second World War was underway, it wasn’t uncommon for Allied forces to cooperate in the field of military technology. This stood true for aircraft also as the P-51 Mustang, a fighter-bomber designed and produced by Americans for the British, ended up with improvements from the UK side which benefited both parties.

The P-51 was shipped to the UK with an under-performing Allison engine, one that severely hindered the planes capabilities at high altitude. It wasn’t until the British forwarded the idea of fitting a Merlin engine on it (a Rolls Royce product), that the Mustang began to shine as one of the best fighters and fighter-bombers of WW2.

Also well suited for reconnaissance, the P-51 Mustang was used both by the USAAF and the RAF and continued taking missions in the Korean War. Its proven efficiency and reliability helped it in carving a place in military aircraft history, as the P-51 ended up being overshadowed only by jet engine fighters.