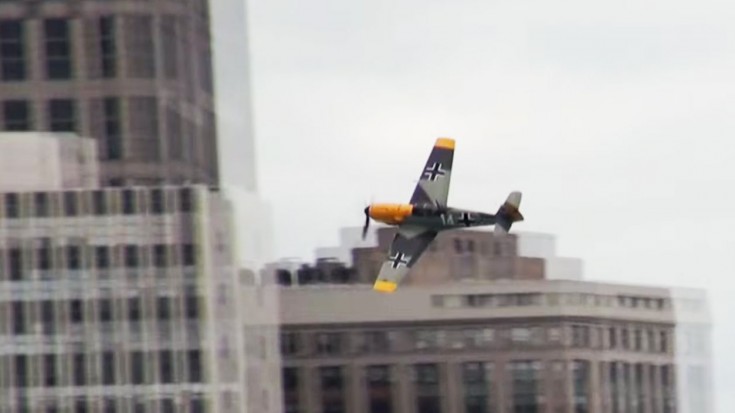 An Old Fighter Flies On A More Modern Background!

The Messerschmitt Bf109 was Nazi Germany’s top fighter during World War II. Designed by Willy Messerschmitt and Robert Lusser in the mid 1930s, it became one of the first truly modern planes ever built.

Before the design of the Bf109s, planes were mostly of the biplane type, had wooden construction, non-retractable landing gear and no canopy. This new, revolutionary design was also coupled with a liquid-cooled, V-12 engine making the Messerschmitt capable of reaching up to 400 mph.

Replacing the earlier, outdated biplane fighters, it helped establish air superiority during Blitzkrieg. With some improvements over the years, the Messerschmitt created countless aces, who all together racked up more than 15,000 kills. Its versatile frame allowed it to be used in a number of missions, including reconnaissance, as a fighter and fighter bomber.