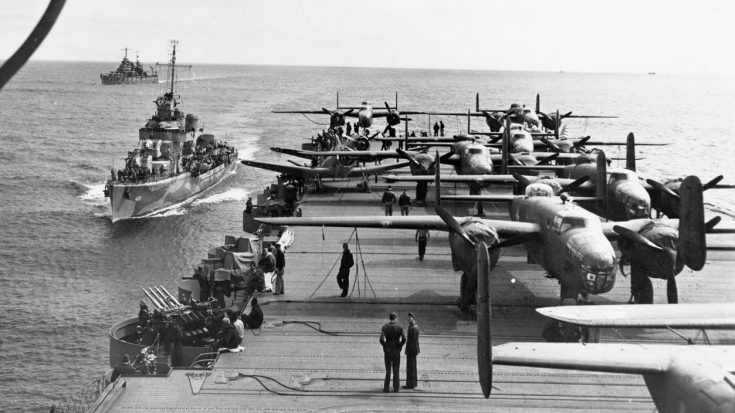 National Museum of the US Air Force

On April 18th, 1942, less than four months after the attacked Pearl Harbor the United States was about to launch their first offensive against the Japanese. Leading the this incredibly dangerous mission into unknown territory was the legendary Lieutenant Colonel Jimmy Doolittle. He assembled the finest B-25 Mitchells crews went through rigorous training with them to prove they could go headfirst into the belly of the beast.

Things took a turn for the worse when their aircraft carrier was spotted by Japanese patrol boats. Doolittle was not certain if they boat had radioed their location but couldn’t take that risk and launched the assault eight hours ahead of schedule. Knowing that the planes would be low on fuel if they made the journey over 800 miles away to the Japanese mainland.

Colonel Doolittle knew the attack at its best would only inflict minimal damage but he had other intentions for this attack. He claimed that a successful bombing assault on the Japanese mainland would put them on edge, fearful that another attack would follow suit.

“Although the Doolittle Raid of April 18, 1942, caused only minor damage, it forced the Japanese to recall combat forces for home defense, raised fears among the Japanese civilians, and boosted morale among Americans and our Allies abroad.”

His hunch paid off because that paranoia kept more Japanese fighters on the mainland for defensive purposes rather than in the South Pacific where they would have been a threat to the Allies Forces. This newsreel shows archival footage of extreme challenges they faced during the Doolittle Raid and America’s first victory in WWII.