Rare Film Of Fighter That Spawned The F-4 Phantom 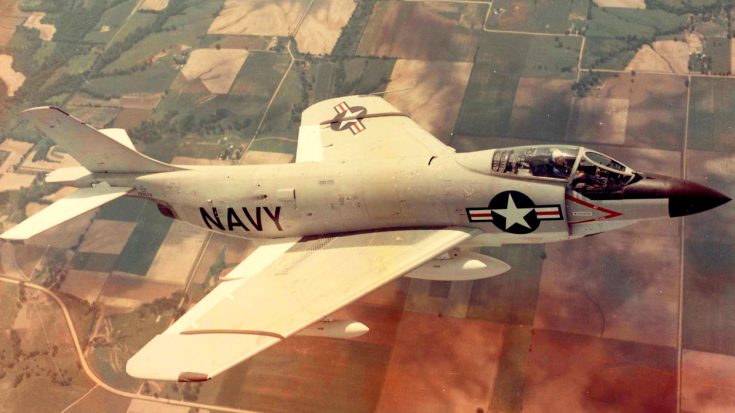 Demon In The Sack.

The McDonnell F3H Demon certainly isn’t the most popular jet around, but it did inspire one of them. At first glance, you can see that the Demon bears a striking resemblance to the F-4 Phantom. This fighter had an interesting history before it was brought into an early retirement but it still managed to lay the groundwork for the Phantom.

Designed as the McDonnell Company’s first swept-wing fighter plane it was used by the US Navy for maritime operations. With a focus on intercepting enemy aircraft, it would launch from aircraft carriers for short range attacks.

Ultimately the Demon was pushed aside due to the many problems it experienced over the years. It lacked the power to achieve supersonic speed which would have made it much less suitable for combat against the growing threat of MiG-15 fighters. Issues with engine failure led to 11 Demons crashing, resulting in the deaths of four pilots.

“The Demon was withdrawn before it could serve in Vietnam where the F-4 Phantom II, itself conceived as an advanced development of the Demon, was a mainstay. Between 1956 and 1964, a total of 23 Navy fighter squadrons flew versions of the F3H Demon.”

In the end, the Demon was a starting platform that needed refining and would progress advance into the development of the F-4 Phantom. Archival footage of the F3H Demon’s naval testing can be viewed in this clip.