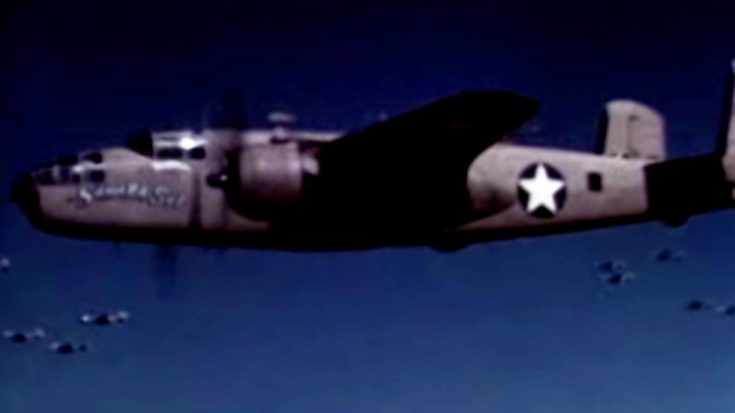 The conflict in Northern Africa is an area of WWII’s history that is often glanced over. While the European and Pacific Theaters of War often the main focus, the campaign against the Axis Powers in Africa was a vital part of winning the war. Color footage of combat is often a rarity so this footage of B-25 bombers leading an assault on German forces is an incredible find.

Nearly 10,000 North American B-25 Mitchell bombers were built during WWII. After their introduction in 1941, B-25s took part in nearly every combat zone of the war with the majority them serving in the Pacific.

The 12th Operations Group is more commonly known as The Earthquakers, they were dispatched to combat the forces of Field Marshal Erwin Rommel after he defeated British Eighth Army. Now you can see this legendary bomber group take the fight to the Germans as they soar their B-25s over the skies of North Africa in full color.