B-29 Gun Turret Inspection: How Our Boys Were Trained Before Heading Out 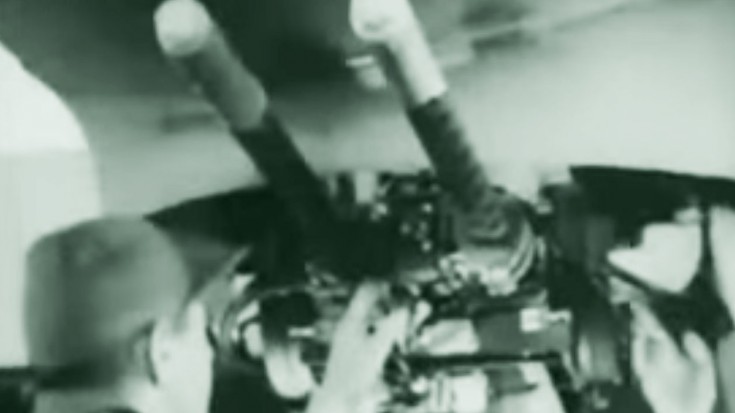 It’s Actually Refreshing To Hear Them Throw In A Joke In There!

This instructional video was aimed at teaching young gunners and crew how to check and maintain their turrets before take off. Since the B-29 Superfortresses were the first planes to be pressurized, doors and seals also had to be checked to make sure everything is working properly. As the narrator explains, although each gunner had to check his respective gun, it was always the job of the pilot to double-check everything, as the final blame for malfunctioning equipment was on him.

The guns just don’t fire with the cartridges in backwards…As always the pilot is responsible, if the guns fails, he gets the blame.-Narrator

The B-29 was the most advanced aircraft in the world when it was manufactured. It addressed many of the issues that plagued its predecessor, the B-17 Flying Fortress. One of these issues was the exposure of gunners while under attack. Apt to be hit and exposed to the elements as they shot through openings of the plane, the B-29’s design sought to remedy that. Armed with 10 .50 caliber Browning M2/AN remote-controlled turrets and 2 .50 BMG and 1 20 M2 in the tail, the cabin could be pressurized and heated, while gunners could operate the turrets from safer positions.