Dashcam Captures Plane Randomly Landing On An Intersection During Rush Hour-Is This Even Real? 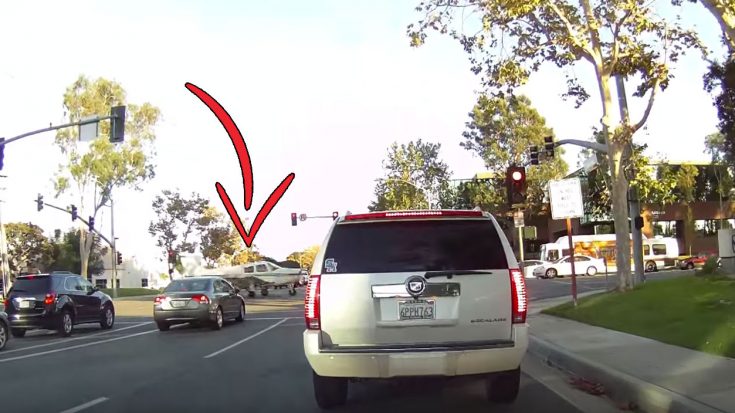 There You Have It Folks.

This happened about two years ago in 2015, but we just found the footage of it. It’s not news, but really eye-boggling to watch.

One day during rush hour, a Piper Cherokee was having engine trouble near John Wayne Airport and had to make an emergency landing. Unable to make the runway, the pilot did the only thing he could. He picked the widest stretch of road and put down his bird.

The best part of this was that it was all caught on camera. One motorist had a dashcam mounted on his, well, dashboard and was recording. He caught it at the right time too. Right when he/she pulled up to a red light, he recorded the Piper just casually blowing through the intersection.

As it happened right after 6 PM, it was amazing that he didn’t hit anyone and to top this off no one was injured. The whole emergency went as clean as possible and the malfunctioning plane was simply towed away.

The best comment on the Youtube video, however, was, “This is not even Russia.” Typically, that’s where you’d expect this to happen. Right?