Baa Baa Black Sheep: A Tribute To The Corsair Squadron 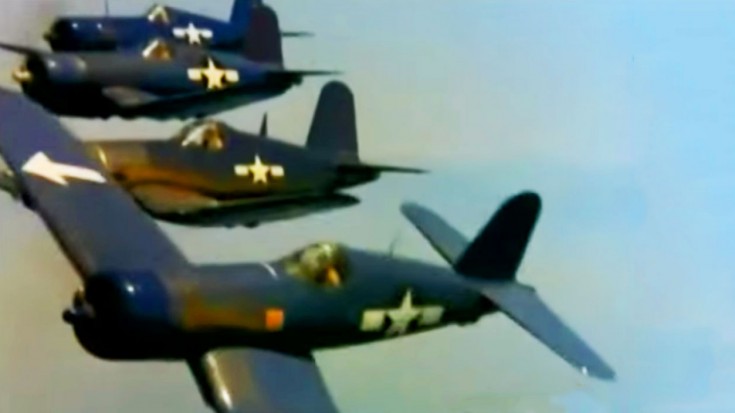 You’ve Got To Remember This Show!

The Black Sheep Squadron was a great television series aired for two years during the late 1970s. Produced by Stephen J. Cannell, it was a representation of the experiences of a World War II Corsair squadron by the same name. The show followed the stories of Greg “Pappy’ Boyington and his VMF-214 group. Based in the Solomon Islands in the Pacific Theater, the series was a ‘fiction based on reality’ and depicted the pilots as a collection of misfits.

During World War II, Marine Corps Major Greg ‘Pappy’ Boyington commanded a squadron of fighter pilots. They were a collection of misfits and screwballs who became the terrors of the South Pacific. They were known as the Black Sheep.

In the military, the Black Sheep Squadron is the nickname of the Marine Fighter Squadron 214, originally commissioned on July 1, 1942. The show is loosely based on that squadron. Originally called Boyington’s Bastards, the Marine Corps rejected it as it would not print well in the papers. Instead, they were called the Black Sheep, as it practically meant the same thing. Their fame arose from the fact that despite being a ‘stitched-together’ unit, they managed to come up with very impressive stats. In just eighty-four days of fighting, the squadron destroyed or damaged 203 planes, sank supply ships and racked up countless other victories. By the end of their service, nine Corsair fighters became aces, scoring 97 kills between them.