The People Who Set Out To Find Our Missing War Heroes 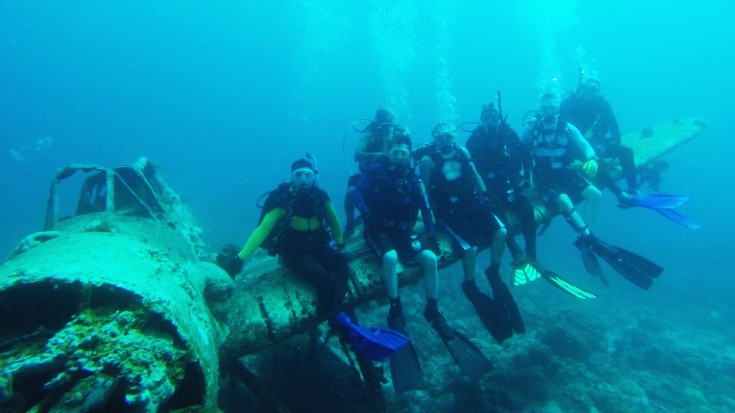 In the early 90s, Dr. Pat Scannon and his wife went on vacation to Palau. During a boating trip in the Pacific he saw something sticking out of the water, and upon further investigation realized it was an American World War II plane. Unable to shake the melancholy associated with what he’s seen, he began coming back to that place, searching for answers. After about 10 years, he realized that he needed a team to recover these planes and piece together the stories and that’s how the BentProp Project was born.

That 65 ft. wing essentially changed my life. I just felt a loss. Nobody knew what happened to the crew. If nobody knew about what happened, I was going to find out.-Dr. Pat Scannon

Combining forces with Scripps Institution of Oceanography and the University of Delaware, BentProp was able to use new technology to scan the ocean floor. The robots used are relatively new, so the team worked hard to adapt them for their new task. Working with historians and other sources, they cross reference all their information to get the most accurate spots to look for MIAs. In this video, you’ll see their process and a positive result of their hard work at the end.