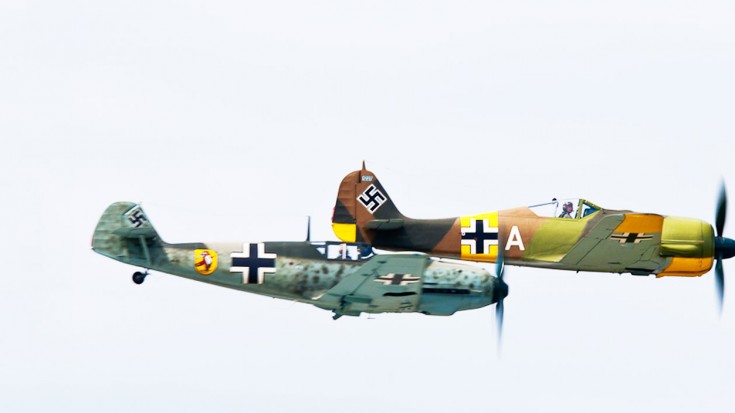 This Warbird Has Flown Quite A Bit Before Being Shot Down!

Messerschmitt Bf 109s were Nazi Germany’s primary fighter aircraft during World War II. Designed in the early 30s and implemented in 1937, they became the backbone of the Luftwaffe. The most modern fighters when arriving at the scene, they boasted an all metal monocoque construction and the first closed canopy, making them not only tough but extremely versatile fighters. By the end of the war, Bf 109 variants included bomber-escorts, fighter bombers, ground attack as well as reconnaissance aircraft.

Messerschmitt Bf 109-E was the main variant which was produced at the beginning of World War II, boasting many structural changes to accommodate the bigger, more powerful, Daimler-Benz DB 601 engine.

The Bf 109-E in this video is owned and operated by the Flying Heritage Collection in Everett, WA, U.S.A. It is beautifully restored and even has the Daimler-Benz DB 601 engine it was built with, making it sound great. The story of this warbird started with its production in 1939, after which is was flown mostly in France. In July 1940, Captain Blanc Nez shot down British fighters and bombers using this plane, but was hit during combat and crash landed near Calias, a port in northern France, killing him. Her wing was found sticking out of the sand almost a half century later.