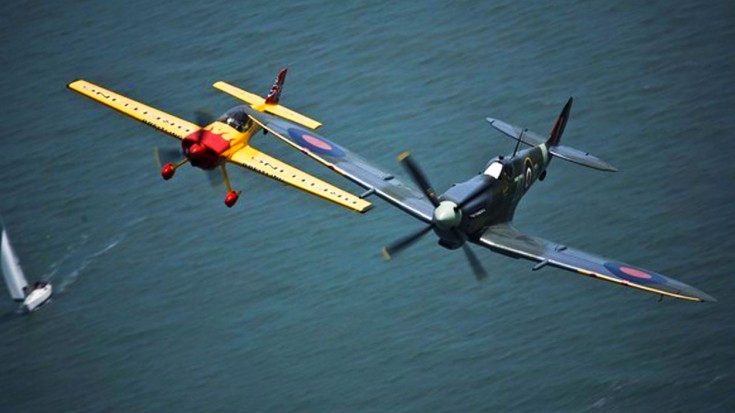 For The 70th Anniversary Of The Spitfire, This Warbird Did Something Special

Back in 2008, Paul Bonhomme, a world class race pilot, got behind the stick of a Supermarine Spitfire. To commemorate the 70th anniversary of the first Spitfire production and the 85th anniversary of the Schneider Trophy race, he decided to test this old warbird against the modern MX2. The Schneider Trophy race is a competition with speeds over 200 km and at its inception saw the Supermarine S.6b as a major competitor, which was the predecessor to the Spitfire.

The Spitfire won. It was a lot of fun. But I think it highlights the pedigree of this airplane…with its ancestors being the Supermarine S.6b.-Paul Bonhomme, pilot

To raise the stakes even higher, the MX2 was piloted by another world class pilot, Nigel Lamb. Bonhomme and Lamb are definitely rivals in the racing scene, so this one of a kind race was even more remarkable. Taking place around the Isle of Wight which is situated in England, this event was picturesque as well. Though the MX2 is much more maneuverable, going around the island required just a few turns and with the Spit having the speed advantage, there really was not much of a contest.