Battle of Midway Footage from Onboard USS Yorktown 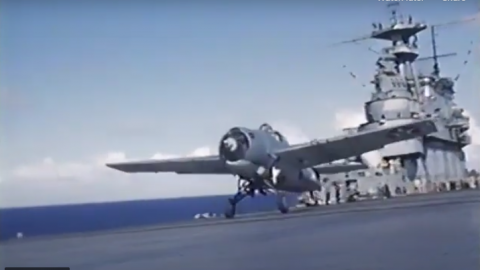 The Battle of Midway was fought between the U.S. Navy and the Imperial Japanese Navy that took place from June 4 to 7, 1942 in the Pacific Theater. This major naval clash became one of the most important victories of America during World War II, six months after the surprise attack on Pearl Harbor.

It resulted in devastating damage to the Japanese fleet which helped turn the tide of the war especially since the Midway Island was a strategic location. The US had a crucial advantage – their codebreaking operation. They knew about the planned attack of the Japanese – even the location and time.