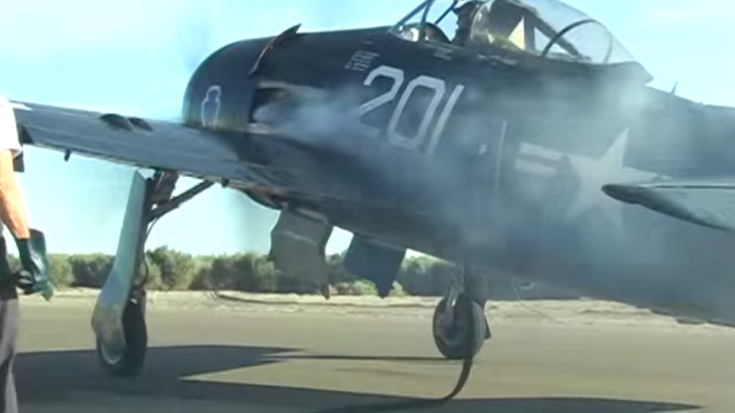 Although It Looks Great, This One’s For Your Speakers Too!

Designed by Grumman Aircraft, the Bearcat would end up to be the last plane produced by Grumman that worked on a piston engine. With a design that took into account the opinions of many experienced fighter pilots, the Bearcat had its first flight on August 21 1944. With an emphasis on speed, the Bearcat only had room for one pilot to limit its weight. With a wingspan of only 35 feet and a maximum weight of 13,000 lbs., the quick and maneuverable fighter was powered by a powerful Pratt and Whitney Double Wasp radial engine.

Although they did not see any action during World War II, these warbirds were used extensively for racing as their surplus was available to the public.

A post shared by geraldh aviation photography (@geraldh_aviation_photography) on Jul 23, 2018 at 8:22am PDT

Reaching a top speed of 421 mph and able to climb to almost 39 thousand feet, the Bearcat was fitted with four .50 caliber machine guns, unguided rockets, and was able to carry one thousand pounds of bombs. The Grumman Bearcat soon gathered praises for its aerobatic capabilities, making it arguably the nimblest piston engine fighter according to air racers who flew them. Its design and engineering were so good that the Bearcat succeeded in outperforming many of the first jet fighters built in the U.S..