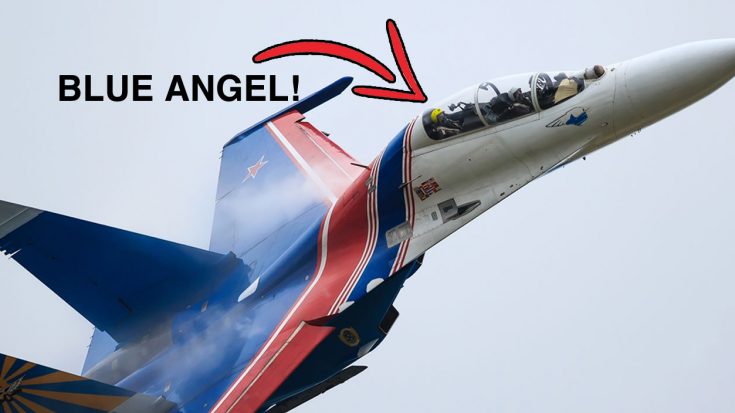 Who Would Have Thought?

Given the recent events and the world commotion that comes with it, it would be hard to believe if we told you the Blue Angels not only flew with the Russian Knights but shook hands and complimented each other. Well, we have proof.

Back in 1992, this is exactly what happened.

As you know, the Blue Angels are a Navy display team and are used to show their dedication and excellence for recruiting purposes. This is why they perform so much but mostly in the United States which makes sense. Back in ’92 however, they did a European tour and showed their skills in the skies over Bulgaria, Romania, England, Spain, Italy, Finland and Russia.

The video we found is 12 minutes long so we don’t expect you to watch the whole thing although we highly recommend it. We’ve queued it up so that you can see both of the display teams’ planes together. After that, if you stick around, you’ll get to see these guys fly in each other’s planes and man, their responses are awesome.

We’re not trying to make a political statement with this post or make any particular point exactly. We just like the fact that for a day these guys were just gifted aviators that enjoyed each other’s flying and skills, that’s all.