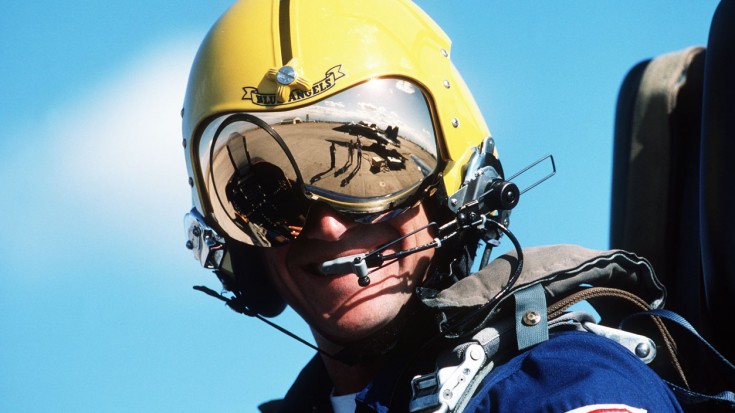 Not Many People Have Done This.

Everyone knows, or should know, who the Blue Angels are. If you don’t, we’ll give you a quick summation here just so you know how big of a deal this is.

The Blue Angels are the United States Navy’s flight demonstration team and are considered some of the best aviators in the world. They trace their heritage back to 1946 when it was decided that the Navy is going to showcase its discipline and pride. That is something they do very well if you’ve ever seen them.

An aviator, Harrison Ford was allowed to fly the F/A-18 Hornet for 20 minutes!

At almost every show, there are three open spots for people to ride along with the Blue Angels. They’re reserved for people that are active in their communities and for media. It’s extremely difficult to get one of these spots as you can imagine and getting selected is truly an opportunity of a lifetime.

One person who we all probably know that got selected is none other than Harrison Ford. He’s been a pilot since his early days and has been involved in aviation most of his life. Flying vintage planes as well as helicopters, it’s safe to assume that he knows what he’s doing. That’s the reason he was allowed to take the stick and actually fly the Hornet. How awesome is that?