Harrier Pilot Comes In HARD But Sticks Till The Bitter End 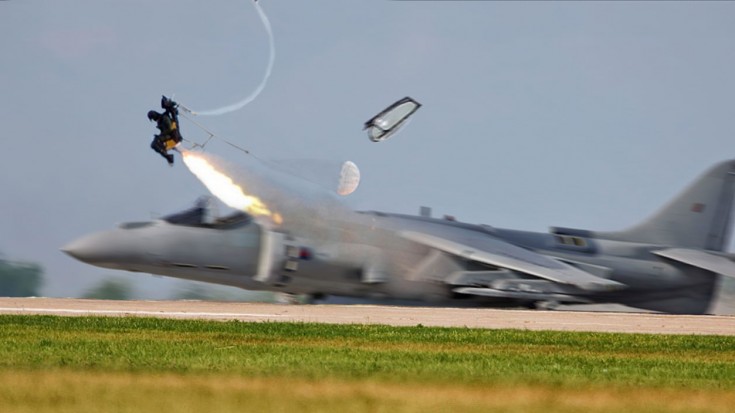 In 2009 two RAF pilots were coming back to their airbase in Kandahar after completing their sortie. Told by the ATC that traffic volume was extremely high, they were told to land their aircraft as quickly as possible to clear the runway for other planes. One pilot did it a bit too quickly however.

His wingman landed first due to low fuel and he was the next to go before a barrage of other planes were to land. Maybe it was the pressure or other factors, but the pilot made his final turn too short and too high up.

Luckily, no one was injured in this incident.

The plane as you’ll see started losing altitude rapidly so the pilot selected “hover stop” as Harriers can do, but it was too late. The plane slammed into the ground crushing the landing gear.

He slid for almost 4,000 ft. but stayed in the cockpit, as he was tried to steer the trajectory of the Harrier away from four planes ahead of him that were waiting to takeoff. This he did successfully.

As he slid down the runway, the plane’s undercarriage caught fire. Since the sortie didn’t yield any targets, he was still carrying bombs and rockets under his hardpoints. Once the flames got over the canopy, he promptly ejected which might have saved his life.

The aircraft was written off as “damaged beyond repair.”