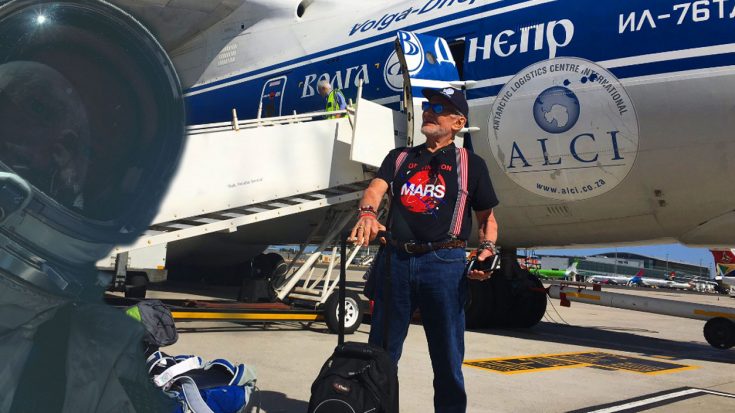 We’re sure that most of you know who this man is, but just in case some of you have been living under a rock for the past 5 decades, we’ll quickly give you a snapshot of Buzz Aldrin’s life.

Born Edwin Eugene Aldrin Jr. in 1930, this is the second man to walk on the moon, right behind Neil Armstrong. He started his career flying in the United States Air Force, becoming a fighter pilot in an F-86 Sabre during the Korean War. He shot down two MiG-15s.

In 1963, Aldrin earned his Doctor of Science Degree from M.I.T., forming his doctoral thesis on guidance in space. He then worked at the Air Force Space Systems Division in Los Angeles then applying to be an astronaut. Although he was denied the first time due to not having test pilot experience, all his other credentials gave him the shot of a lifetime. He was next to walk on the moon.

We're ready to go to Antarctica! May be our last opportunity to tweet for a few days! We're go for departure to the launchpad! pic.twitter.com/vFvsu6OQhb

Although much has happened since then, Aldrin never stopped pushing boundaries. Just two days ago, at the age of 86, he joined the National Science Foundation (NSF) and a private tourism group to go to the South Pole. Upon arrival however, his health quickly deteriorated due to unknown reasons.

The only statement that was released is that Aldrin’s condition is stable and doctors won’t issue more details until all tests come back. We’ll keep you posted as new details come to light.