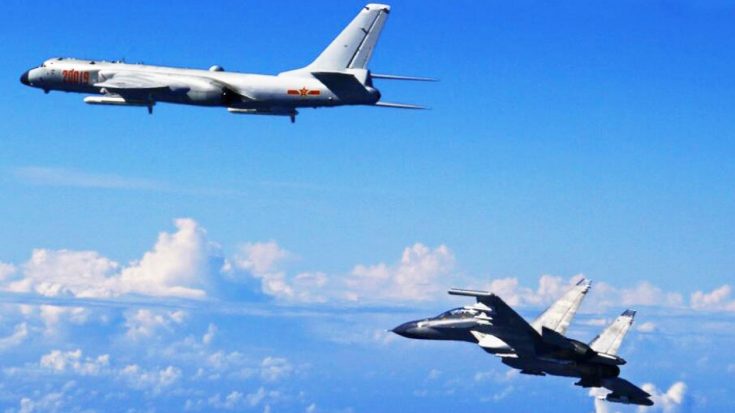 The Japanese Air Force has scrambled fighters to intercept over 40 Chinese aircraft near their airspace. China is conducting military exercises in the South China Sea and the planes flew over the Senkaku Islands which are considered territory of Japan. Although the Chinese did not violate airspace restrictions the Japanese are not taking any chances.

China claims that the islands belong to them under accordance of the East China Sea Air Defense Identification Zone (ADIZ) which encompasses the territory. While the Senkaku Islands are uninhabited the Japanese Government makes use of the area for fishing, shipping routes, and oil.

“We cannot accept the implication that the airspace over the Senkaku Islands, which are part of our territory, belongs to China.”

Japan’s cause for concern is justified as China begins to occupy more islands around the pacific. The Chinese have established military bases on the Spratly Islands which are considered territory of the Philippines resulting is higher tensions with neighboring countries. The Chinese aircraft included H-6K bombers and Su-30 fighters all claiming to be on a mission of national sovereignty. The Chinese Government issued their statement on the incident in this clip from wochit news.