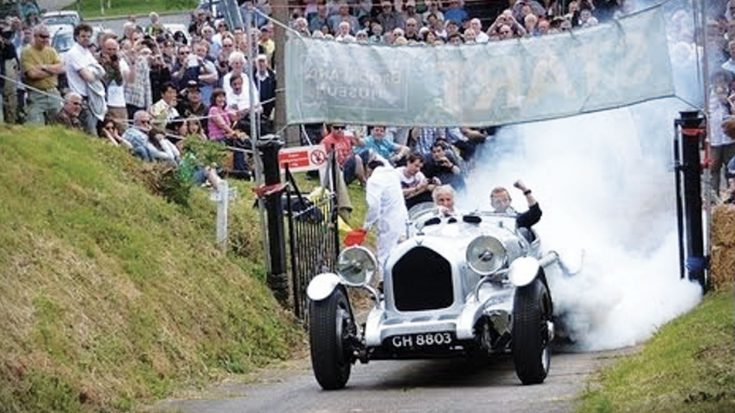 Talk About Making Dreams A Reality.

This is one of the coolest things we’ve come across in a while. Yes, the headline is real. These dudes took a legit Merlin out of a World War II plane and strapped a car to it. As you can imagine, that’s a lot of horsepower for something that is meant to drive and not fly.

Who you’ll be seeing here is Robin Beech and his dream project. It took him 25 years to make this a reality, but as you’ll be able to see, he did a fantastic job.

“…when we are careful, we can stretch to four,”-Robin Beech on how many miles per gallon his car gets gets.

So here’s what you’ll be looking at. The car is a Rolls-Royce Phantom II. Built from 1929 to 1936, they had 40/50 horsepower engines which aren’t exactly great by today’s standards. Robin Beech thought so too.

That’s why in 1985 he bought two engines he saw for sale. One was a Meteor Mk1 and the other a Merlin 3. He spent two years building one engine out of them as they were both non-functioning, but that was just the beginning. The next 23 years he spent building the car around them.

The end product is quite amazing.