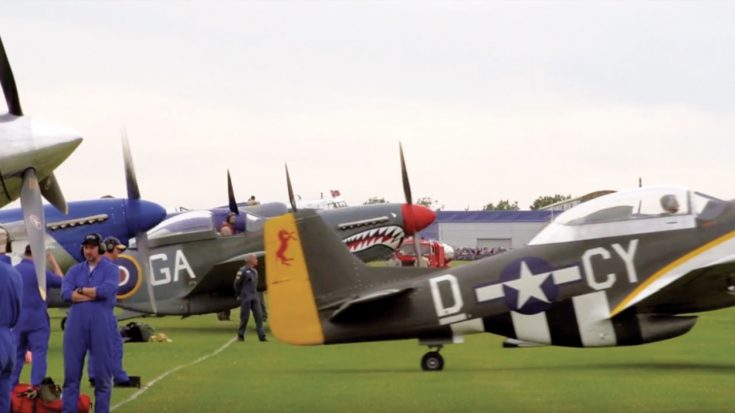 There are airshows and then there’s the Flying Legends Airshow. Although there are a few bigger warbird displays around the world, Flying Legends in Duxford, England, is a big deal and features many things you won’t find anywhere else.

The displays are beautifully choreographed and unlike anywhere else, the Balbo formation at the end is one of a kind. It’s one of the biggest formations out there featuring aircraft exclusively from World War II.

This airshow has been around for almost a quarter century now. Not only are the formations great, but it’s a fun weekend which allows you to learn a lot about some planes you might not have even heard of. From face painting for the kids to live music from the 40s, this is truly an event to see at least once in your lifetime.

Although a lot of you, our followers, are U.S. based, we hope that some of you might have the opportunity to venture out there. The event takes place on July 8th and 9th, so you have plenty of time to prep.

Hope to see you out there.