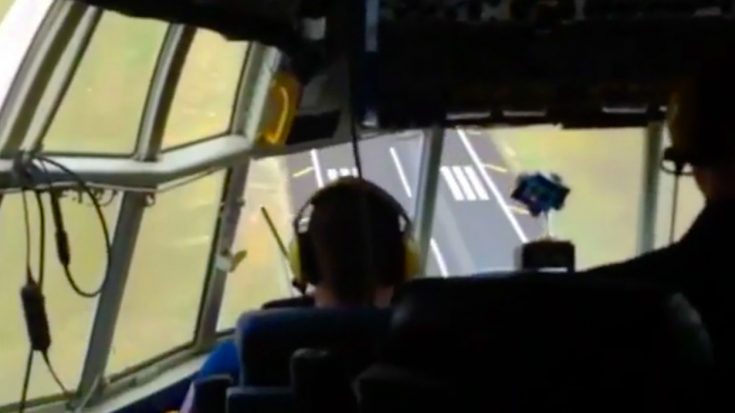 We’ve said it before and we’ll say it again. The United States Navy Blue Angels are one of the best, if not THE best, aviation display team in the world. We’ve had some of you agree and some disagree, but hey, an opinion is an opinion.

What we are guilty of, however, is showing you only the jocks in F/A-18s. Sure, the jets are fast and fly close to each other but that’s not their full show. Their C-130 Hercules called Fat Albert is also a part of the show (although as of late it’s been grounded since C-130s are being investigated due to a recent crash.)

The point is that Fat Albert does some cool stuff too. As you’ll see in the video below, one of the final maneuvers is a very aggressive dive before landing. Check out what that looks like from the cockpit.