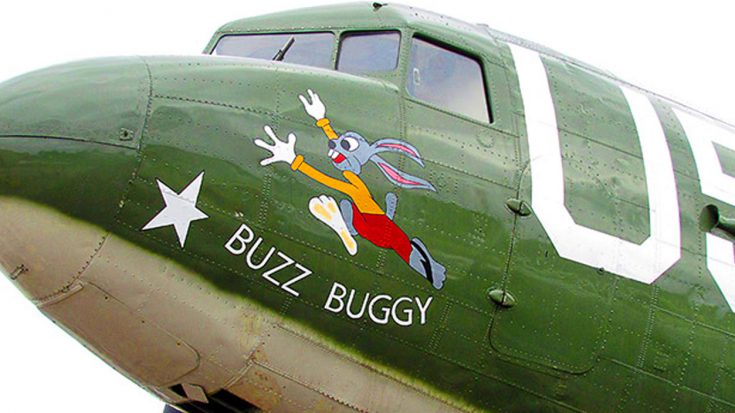 The Flying Tigers were heroes of WWII before the United States joined the war. The Legendary squadron of P-40 pilots fought to keep China safe from Japanese attacks under intense conditions. The Flying Tigers couldn’t do it alone, they had help from brave C-47 pilots who brought supplies over the Himalayas known “The Hump.” Now one of those C-47s will make a final flight over the hump one last time before it is will be permanently displayed at the Flying Tigers Heritage Park in China.

The C-47 known as Buzz Buggy began its dangerous journey Australia to Guilin, China where the Flying Tigers Heritage Park. Due to an unfortunate twist of fate, one of the C-47s engines blew out and had to be repaired in Indonesia.

“The ‘Hump,’ which was also called the ‘death route,’ was considered one of the most dangerous air routes in that particular theater of operations. Around 1,500 U.S. aircraft crashed along this deadly route during the war.”

After three grueling months, the Buzz Buggy completed its final flight and was welcomed with open arms by the people of China. Video of the dedicated pilots and the C-47’s final flight to the Flying Tigers Heritage Park is seen below.