C-130’s First Ever STOL Did Not Go Very Well 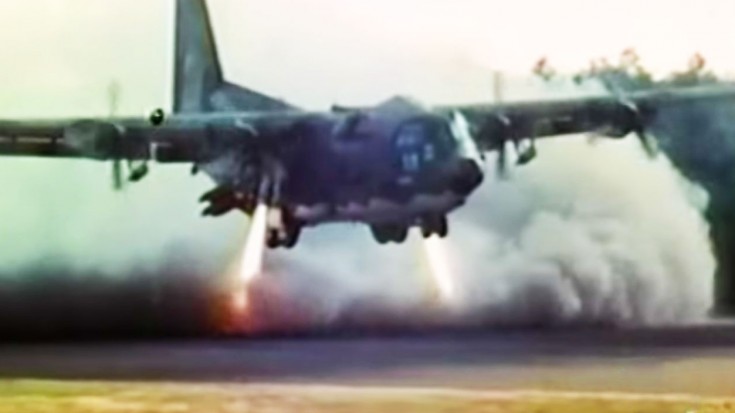 When Duty Calls, We Get It Done!

During the Iranian Hostage Crisis in 1979 to 1981, 52 American diplomats were held captive. Labeled as terrorism by the Carter administration, negotiations were halted. It was then up to the military to develop an extraction plan to safely remove those trapped and wounded. That was the beginning of the C-130s transformation to be ready for Operation Credible Sport.

Once the previous mission dubbed Operation Eagle Claw failed, new avenues were explored in terms of extracting the hostages and the squad that was to rescue them. With a soccer field right across the street, it was deemed the perfect extraction point.

Since the C-130s were already capable of short takeoffs and landings, the Army and Air Force believed that fitting the plane with multiple rockets would create a “Super STOL” aircraft. It would allow the plane to land and take off from a very short runway, getting the hostages out of harms way as quickly and efficiently as possible.

It only took engineers 90 days to strengthen the fuselage and fit the C-130 with rockets, but in the end, it was all done too hastily.

This called for the installation of 30 rockets in the following configurations: eight forward for stopping, eight downward to break descent, eight rearward for take off assistance, 2 on pylons to correct yaw and two in the tail to prevent a tail strike.

Initial testing was extremely promising, however, one of the three modified planes crashed while landing during testing. Although the project was immediately scrapped, the crash was actually caused by pilot error as the crew deployed the rockets before touchdown. The plane stalled and belly flopped, causing the wing to fall off. Otherwise, the mission and project could have been a success.

The hostages were later released after spending 444 days in captivity when Reagan swore in as president. It’s also important to include in this synopsis of events that no one was killed during the hostage situation nor in the test flight of the C-130. A good story after all.