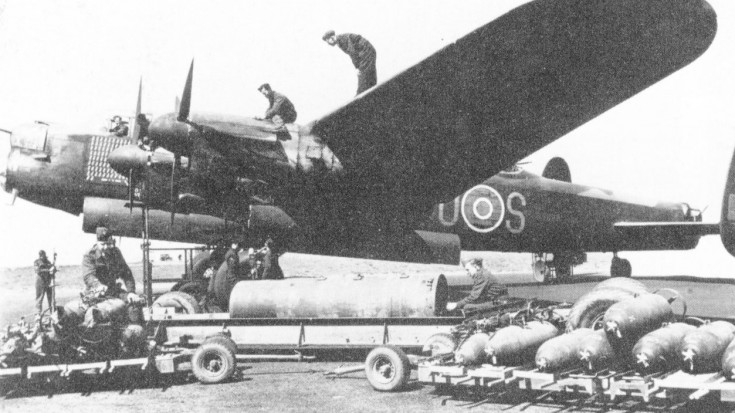 The U.S. Had The B-17 And Britain Had Their Lancaster.

Some years back the American Heroes Channel (by Discovery) had a short series called the Top 10 Bombers. Not discriminating different eras, they’ve compiled a list of all the bombers that have ever flown and rated them by fear factor, payload, defensive armament, innovation and service length.
Combining those and some great testimonies by both people who flew them and scholars who studied them, they come up with a number. The Lancaster’s was 5! On a scale of “all time,” that’s not bad if you ask us.

“The Lancasters were proving that they could be called on to undertake any mission thrown at them.”-Narrator

Known as “Dam Busters,” the overall bomb load and size of bombs Lancasters could drop made it a much feared sight above you if you were the enemy. The Gran S, for example, le was the largest bomb ever dropped during World War II (in terms of size, not yield). At 12,000 lbs., the Lancaster was the only one that could carry it. Not as effective, but it was almost 2,000 lbs. heavier than Fat Man, the atomic bomb dropped on Nagasaki.