F-15 Strike Eagles Getting Ready To Suppress And Destroy 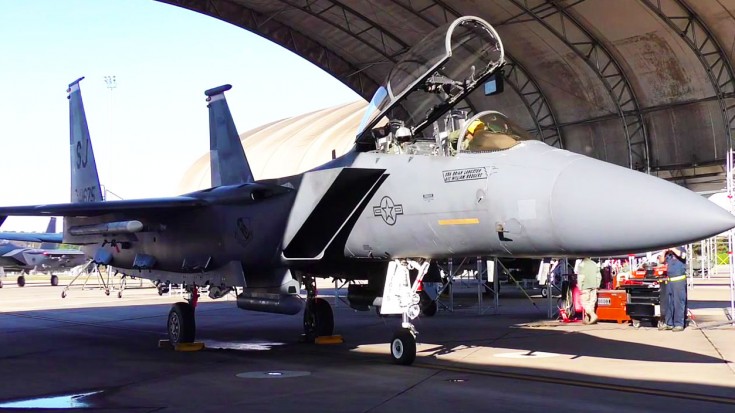 As They Say, Practice Makes Perfect.

This video was brought to us from Gung Go Vids, A Youtube channel dedicated to anything military. Although not exactly World War II material, we found it important to share it with you as this exercise just happened on November 26th, 2015.

As you’ll see, the men and women of the 4th Fighter Wing geared up to train for the day.  The purpose: train “to suppress and destroy enemy defenses as well as refine airborne refueling operations.”

The 4th Fighter Wing is assigned to the Ninth Air Force and is stationed at Seymour Johnson Air Force Base in North Carolina.

The aircraft used by this Wing is the F-15E Strike Eagle. It’s responsible for deploying aircraft and personnel for combat as well as logistical support to an Air Force Reserve KC-135R Stratotanker unit.

Their legacy is great thus far as well. To date, the 4th Fighter wing has a confirmed 1,519 aircraft destroyed, the highest number out of any American unit. Originally formed two years after World War II, the first major action this Wing saw was during the Korean War. It became the top fighter unit of that war, as only 4 Sabre pilots were responsible for destroying 502 enemy planes. By war’s end, twenty-four pilots became aces.