Catching The Wire In Slow Motion 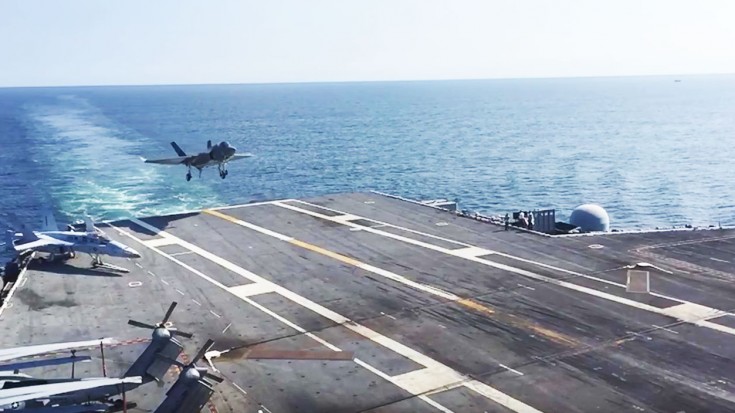 Try Not To Mind The Plane.

You can’t deny the fact that everything looks cooler in slow motion. Be it a popping water balloon or a slap in the face, slowing it down adds a whole other dynamic to the experience. HerAdd Newe, we found you an F-35 coming in for a landing and catching the wire and it looks spectacular.

As a fun fact you can take with you, the arresting gear was invented in 1911 by Hugh Robinson.

As many people are extremely against the F-35, we tried finding another video featuring a Tomcat or maybe a Hornet, but this was the best one in terms of quality. We say this simply to make it clear that it’s still an amazing video and you should just look over what kind of plane this is if the F-35 is not your cup of tea.

As for the setting, this landing took place on USS Dwight D. Eisenhower (CVN-69). Navy’s Air Test and Evaluation team called “Salty Dogs” were making sure the F-35Cs were able to make their landings without a hitch, something that they did very well.

As for the slow motion part, it’s was just an extra touch from whoever shot the video. We liked it though and hope you do too.