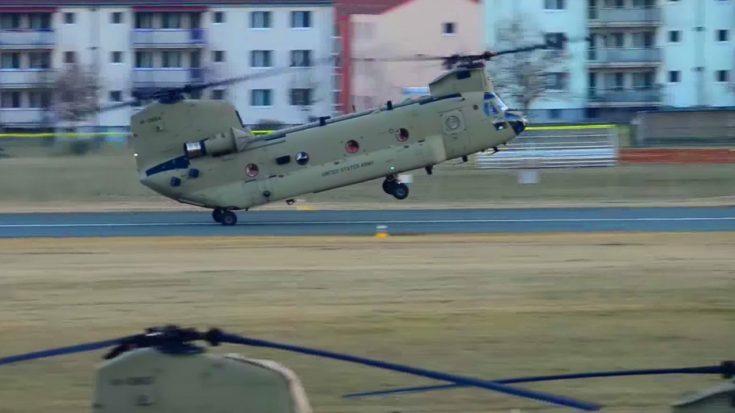 The Boeing CH-47 Chinook is arguably the most popular transport helicopter around. For over 50 years these helicopters have been in and out of combat zones all over the world. The Chinook is a damn fine helicopter that knows its way around but they also have some killer moves.

Chinooks have taken part in every major conflict since the Vietnam War and show no signs of slowing down. Over 1,200 CH-47s serve the militaries of over 20 nations and work to move troops and equipment.

You’ve heard all about the CH-47’s hauling power but it does have a few great tricks up its sleeve. Getting around hostile combat areas takes some major skill that Chinook pilots are prepared to deal with. The CH-47 Chinook in this video shows that it has some absolutely insane moves when it comes in for this landing.