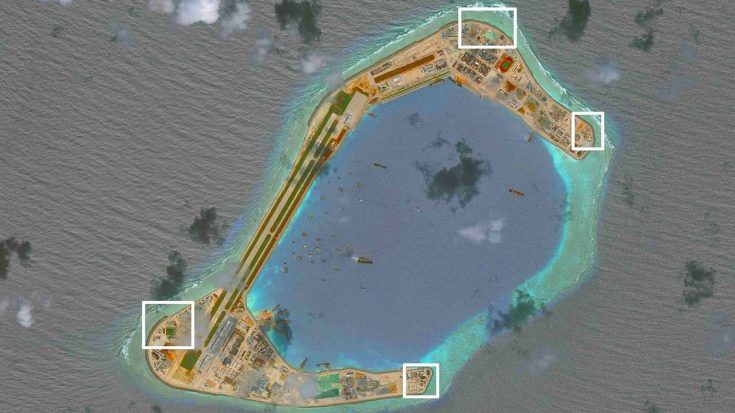 The Spratly Islands in the South China Sea have long been a source of major controversy. These islands are claimed as territory by several nations and China has begun building a base despite a public outcry. Chinese officials have stated that this controversial outpost will only be used for civilian purposes but recent satellite imagery has shown the construction of several high-powered weapons.

When the Chinese overtook the Spratly Islands they created a base there and began expanding the land mass to create an additional area. The Asia Maritime Transparency Initiative provided images of several aircraft weaponry and other turret-based weapons on all seven of the manmade islands. This contradicts President Xi Jinping’s vow not to militarize the islands, Chinese Government officials delivered a statement shortly after this issue became public.

“As to the necessary military facilities, they are mainly for defense and self-defense, which is appropriate and legal. For example, if someone is showing off their strength on your doorstep, can’t you even prepare a slingshot?”

A territorial claim to the area would mean that China controls the shipping routes, fishing, and oil harvesting that area worth billions of dollars each year. For the past three years, the construction of these base has been pushing tensions with Japan and the Philipines as these nations edge closer to a possible war with China. Wochit news goes further into details on the newly constructed weapons.