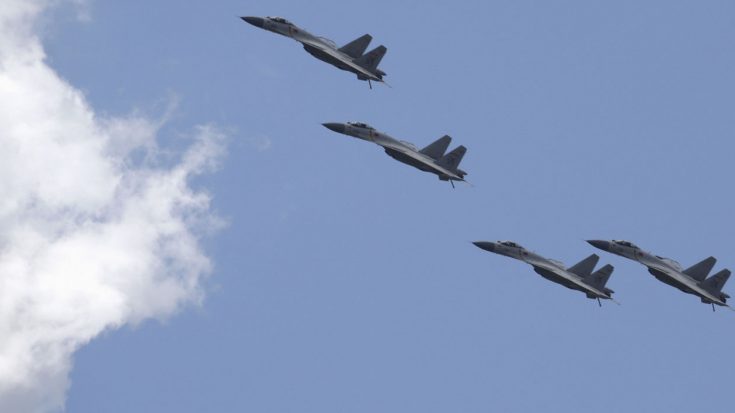 China has been stepping on everyone’s toes lately, especially in the South China Sea. China’s expanding militarization of bases on the Spratly Islands are causing problems throughout east Asia. In response, the United States has positioned three stealth bombers at Andersen Air Force Base in Guam. However, three American stealth bombers within striking distance did not deter China from flexing military muscle after invading South Korea’s airspace. On August 18th three Chinese military fighters entered restricted South Korean airspace over the island of Jeju. The South Korean Airforce quickly dispatched fighter jets to escort the intruding Chinese planes out of the area.

“The latest violation of the zone is seen by some as a ‘show of force’ by China, which has been voicing displeasure with Seoul’s recent decision to place a U.S. missile defense system in South Korea despite its strong opposition.”

The Chinese planes were likely on a reconnaissance mission to investigate locations for South Korea’s missile defense against North Korea. The Chinese planes included two jets and a bomber after a warning and the fighter jets present in the area. China is putting pressure on the neighboring countries but does this mean that a conflict could arise from this tension?