Bombing ISIS – How The US Air Force Lands Those Brutal Hits 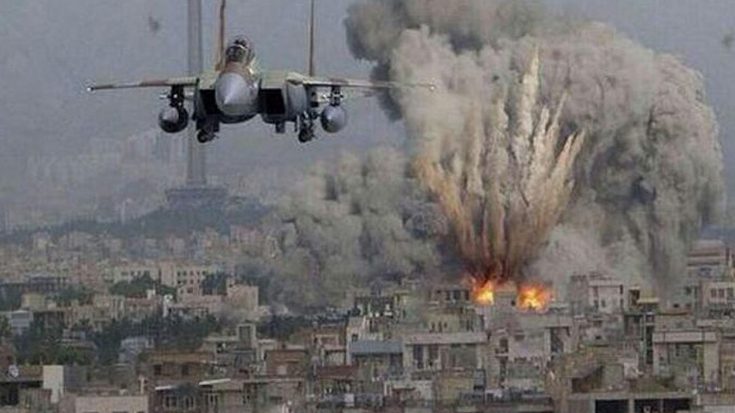 Look Before You Bomb.

The battle against ISIS continues in the Middle East as the United States Air Force engages the terrorist organization. To date, the US Air Force and its 66 nation coalition have made over 14,000 air strikes against ISIS targets. The number of attacks seems high but the Air Force prepares these bombings with careful planning and precision. There are many steps in the strategies and the U.S. Air Force uses to combat ISIS.

It all begins with combined air operations center identifying a point of interest that they then want to have developed and become a target. So once that point of interest is identified we’ll start to develop that target and really saturate it with intelligence, surveillance and reconnaissance. Such as full-motion video, tracking pattern of life around the area, identifying any air points for collateral damage, see how other population areas around the target may be affected. Once the targets are validated, they are handed off to us intel guys to conduct the weaponeering for matching the best munition to the actual target to maximize the effects and minimize collateral damage.”

An air strike is much more than “point and shoot”. A munitions department creates custom weaponry and chooses the right type of attack while minimizing civilian casualties. These operations make use of reconnaissance, drones and fighters to “sanitize the airspace” before engaging an enemy. Recently the White House released reports showing that drone strikes hit more civilian targets than initially planned. Precision and proper training are more important than ever to defeat and enemy without sacrificing innocent lives. The experts speak on the attack process and how to destroy a target in the following video.