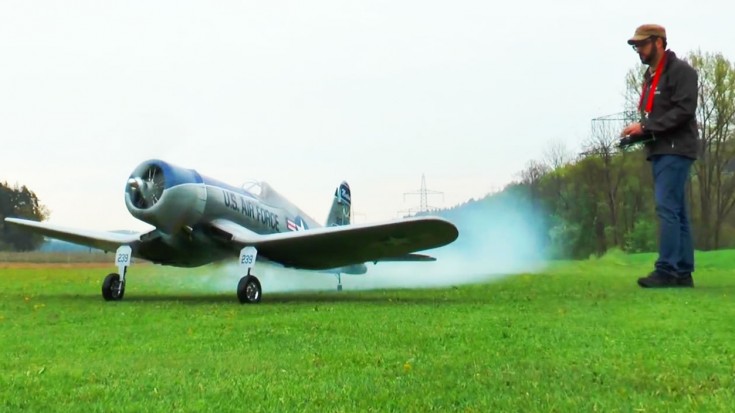 Even RC Corsair Have A Nasty Float When Landing

This fantastic RC is brought to you by Siegfried Schuster, an Austrian who has some serious love for one of our famous warbirds, the Corsair. Back in 2014, Siegfried was finally ready to take his warbird flying, this video being of her maiden flight. Fitted with a 250cc 5 cylinder radial engine, she definitely doesn’t sound like a toy. Her loud low passes are pretty awesome, but by the end of her flight things got a bit hairy.

Here are some notable facts about this RC warbird:

Siegfried’s first attempt to land his pride and joy was a bit overpowered and he ran out of grass to land her in, so he pulled her up went around for another try. His second attempt was quite shaky as well, but he managed to put her down. Like the real Corsairs that had a tendency to ‘float’ while landing, she bounced back up and for a second it looked like Siegfried was going to be down a couple thousand dollars. Luckily, he managed to correct her at the last second, making this whole event a grand success.