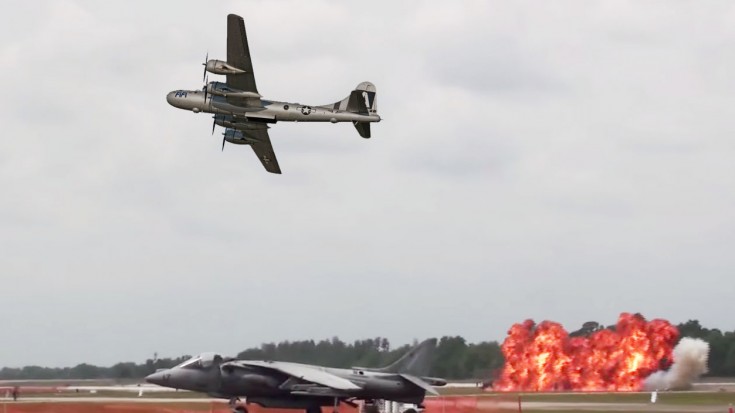 This One Of A Kind Superfortress Has Quite A History

The B-29 Superfortress is a four-engine bomber designed by Boeing in 1938, taking its first official flight in 1942. Introduced to combat in May, 1944, the B-29s were the most modern planes at the time. Boasting a pressurized cabin and an electronic fire-control system that controlled the turrets, they were the most advanced bombers to fly during World War II. There were just under 4,000 of them produced and today there is only one airworthy B-29 named Fifi.

Showing signs of age in 2006, Fifi went through a $3 million dollar overhaul over four years and is now the only B-29 Superfortress airworthy as of this writing.

Fifi was manufactured in 1945 at the Renton factory in Washington U.S.A. She was used as an administrative aircraft by the United States Air Force and later was reassigned to the United States Navy. She was retired in 1958 and was eventually bought by the Commemorative Air Force in 1971. Before the purchase she was stored in the desert for over 17 years, so the volunteers from the C.A.F. put in a lot of work to get her back to her new home in Texas. Without their time and hard work, she would probably be just another scrap of metal eroding away in the desert heat.