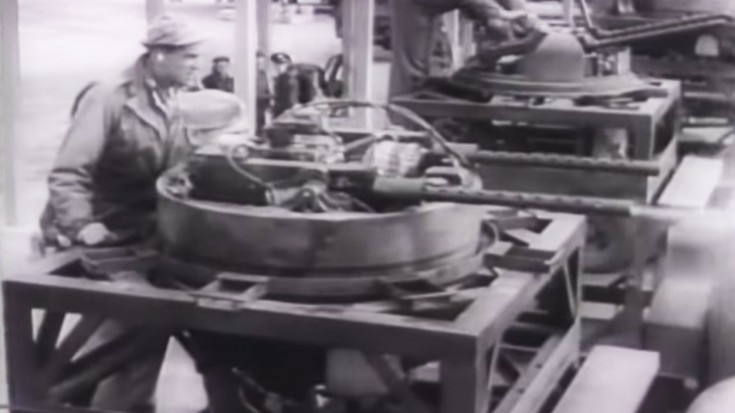 His Crew Documented This Awesome Training Video Too!

As the war in Europe raged, the United States sent over thousands of bombers overseas to aid in defeating the Nazi war machine. Liberators, Flying Fortresses, Mitchells and other bombers and their crews participated in the effort but were met with stiff resistance from the Luftwaffe. For this reason, before deployment crews were sent to Flexible Gunnery Schools where aircrews were taught how to shoot from different positions of the planes.

From their inception in 1941, Gunnery Schools trained almost 80,000 gunners to teach them how to take down intercepting aircraft.

In this clip, you’ll actually see Clark Gable training to be a gunner. For those of you who don’t know who he is, he was an American actor who was often referred to as ‘The King Of Hollywood.’ Some of his movies included, The Misfits, It Happened One Night, Gone With The Wind, Teachers Pet among countless others. A movie star at the core, he decided to join the war effort in 1942 and do his part despite opposition from all his movie reps. The following year he was sent to England and flew five missions with the 351st Group.