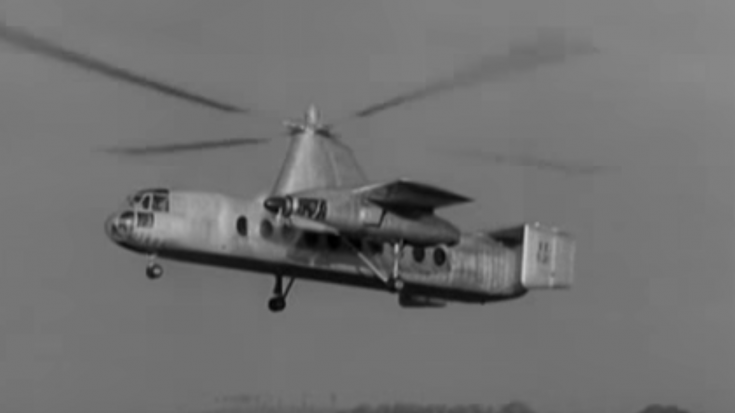 The Concept Is There.

The war for air superiority during World War II boosted aviation technology in a major way, just 6 years separating the then common bi-planes and the first jet-powered aircraft. Propulsion and aerodynamics were pushed and tested to known or even proposed limits, with many prototypes and experiments being left in the dust because of their ambitions designes.

“From two miles away it would stop a conversation. I mean, the noise of those little jets on the tips of the rotor was just indescribable. So what have we got? The noisiest hovering vehicle the world has yet come up with and you’re going to stick it in the middle of a city?” ohn Farley | Test Pilot

Such was this case with the British Fairey Rotodyne.

The concept was sound as it was a VSTOL type of aircraft, something the military was looking for at the time. It could safely transport 40 passengers from one point to another at a maximum speed of 190 MPH when flying horizontally as well as land on rooftops which was its big selling point. Except, there were no sales.

The project eventually went under for three reasons. Design wise, the tip-jets placed on the rotor blades were extremely loud making city travel unacceptable. Politically, the British government was cutting budgets and since this project was funded by them, money dried up. Lastly, all the things combined did not yield enough military and commercial interest to be sold for a profit and make the design viable. Further development was thus cancelled in 1962 after 5 years of experimentation.