Closer Look On Spitfire Startup- Listen To That Merlin Engine 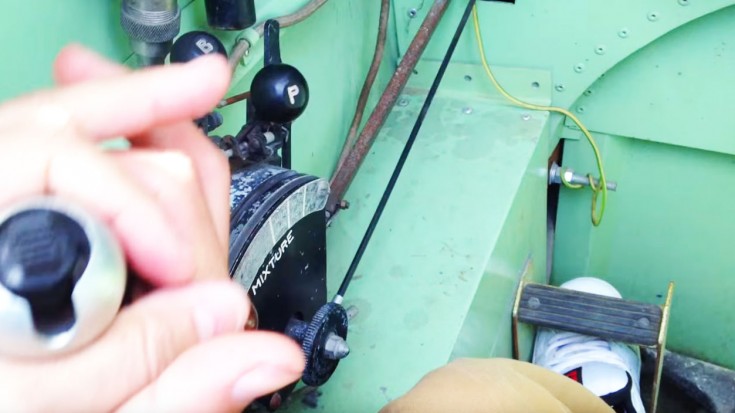 Awesome Startup, But Someone Needs To Clean This Girl Up.

This simple startup is actually filmed very well. The guy filming had to have a good camera with an excellent microphone as you can clearly hear everything he’s doing. From the squeak of the throttle as he pumps the engine to the rudder pedals, you feel like you’re in the cockpit. After that, it’s pure Merlin bliss as he fires up this legendary machine.

Looking at the instruments while he starts up the Spit however, you can clearly see signs of neglect which makes us pretty sad. Not sure if it’s due to lack of funds or whatnot, but everything looks rusty and dirty. Although she seems to be airworthy, we’d assume that someone would take better care of such a wonderful piece of history. Just sayin’.

The Supermarine Spitfire was a British fighter produced from 1938 to 1948.

This single-seat fighter was used primarily by the Royal Air Force but many other counties also used it during World War II. Used in most of the theaters of the war, they were Britain’s top fighters which replaced the role of Hawker Hurricanes that came before them.