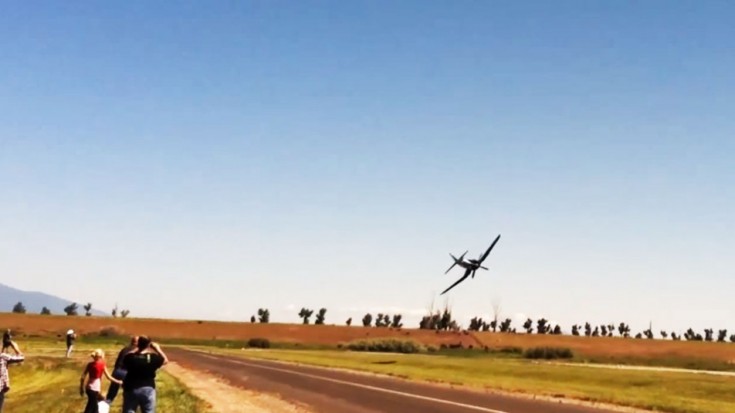 That’d Get Your Heart Pumping No Matter What!

This blood pumping footage was shot at the Ravalli County Airport in Hamilton Montana back in 2013. The low and loud flybys are amazing to see on video, but it’d sure be great to have been there. This particular F4U-5 Corsair BuNo 124560 has quite a history behind her too. Although she didn’t see any World War II combat, her first service record indicates she served aboard the USS Boxer right after the Korean War. In 1956, she was one of a few Corsairs to be adopted by the Honduran Air Force, and fought against El Salvador in the late 60s.

One of the most notable improvements included in the F4U-5 Corsair was a better two-stage supercharger, various automatized control features and improved forward visibility.

After serving for a decade, she was sold back to the United States and auctioned off, changing hands quite a few times over the next decade. She was flown in air races by two of her past owners, until she was sold to her current owner, Raymon Thompson of Montana. This warbird enthusiast gave his Corsair a complete overhaul, including a new paint job. He decided to give her her original markings she wore while serving with the VC-3 squadron in the Navy. Restored, he flies her in airshows and occasionally scares some people on the ground as you’ll see in this video!