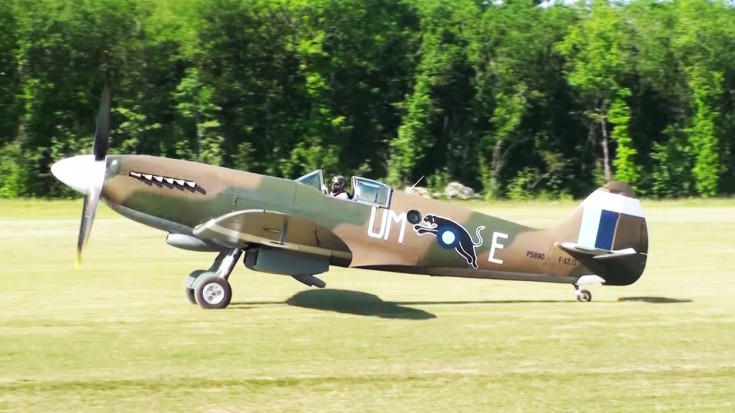 The Supermarine Spitfire was a British made single seat fighter with over 20,000 produced throughout the war in many variants. One such variant was the Spitfire PR XIX which is featured in this video. These later mark variants were specifically designed for the Royal Navy as they needed more power at lower altitudes. For this reason, they were fitted with the much more powerful Rolls-Royce Griffon engines giving them the extra boost then needed to stay competitive with new planes that were entering combat.

The Mk19 in this video was a one of 225 photo reconnaissance Spitfires built at the end of the war.

The Mark XIXs were the most successful reconnaissance Spitfires made by the British. They had an increased fuel capacity, able to load up 256 gallons of extra fuel allowing them to stay in the air longer while doing recon. The plane in the video was built in 1944 and was moved to RAF’s storage in June of ’45. During the next half century it changed hands quite a bit, flying for the Thai Air Force and was eventually overhauled and flew at airshows for Planes of Fame and The Flying Legends.