Could German Jets Have Made A Difference In WWII If Done Right? 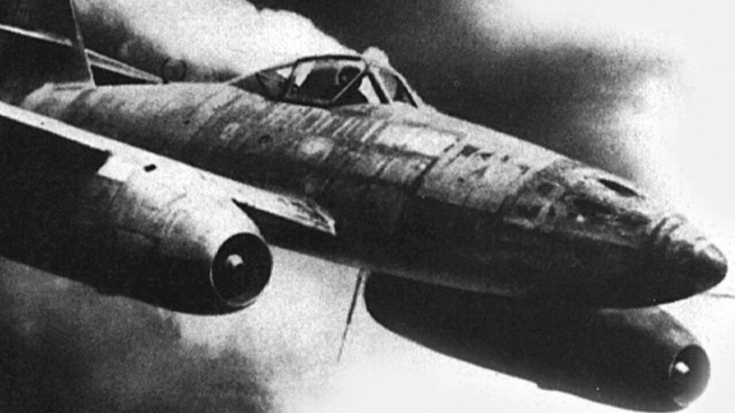 During World War II, the Me 262 marked a drastic changing point in military aviation combat. Germany was certainly ahead of the game when it came fighter jets but yet they still lost the war. Theoretically, if Germany had done things differently would the outcome be different?

The development of fighter jets was plagued with problems from the start. The Me 262 was superior to just about every fighter at the time but after its debut, Adolf Hitler made plans to use it as a bomber. Luftwaffe leader Adolf Galland butted heads with Hitler over this issue, claiming nothing of the Me 262’s design was efficient as a bomber. As a result, only 1-in-20 Me 262s were utilized as fighter jets.

The Me 262 was also rushed into production and never truly overcame technical issues such as overheating. Metals used for the engine would succumb to heat after about 10 hours of flight time and need to be rebuilt. Allied pilots soon found that they were at a disadvantage against the Me 262 and began bombing production facilities to prevent them from entering battles.

In the end, the M2 262 would not have made a whole lot of difference even if it had been developed more efficiently. The enemies of the Third Reich were too numerous for it to be effective and fuel reserves were too limited for them to operate properly. KnowledgeHub provides an entertaining video backing up this evidence on German fighter jets.