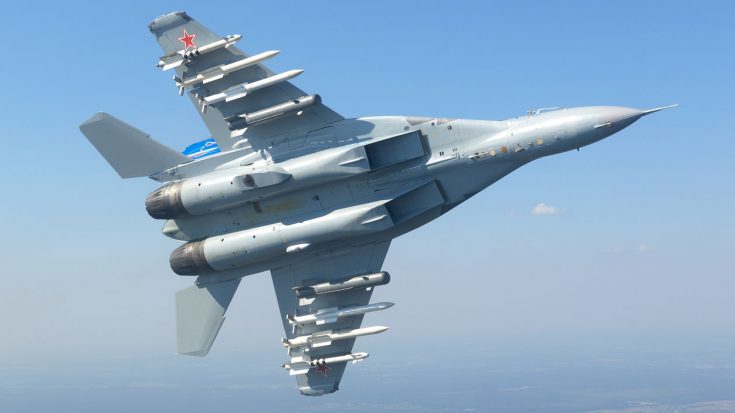 While other countries struggle to develop their latest fighters, Russia has nearly reached completion on their newest models. The Mikoyan MiG-35 is set to debut in 2018 and already has orders from several countries.

The MiG-35 is a 4.5-generation fighter with several 5th-generation features to make it compatible with foreign buyers. While several nations are in discussions for Russia’s new fighter, India and Egypt have publically announced their purchase of the MiG-35. Egypt stands as the biggest purchase, even exceeding Russia who by contrast has only ordered 37 MiG-35 fighters.

“Egypt signed a contract in April 2015 for 50 MiG -35s worth over $2 billion and has made a down payment on this order. Egypt’s MiG-35s will be equipped with high precision targeting pods.”

Aside from the compatibility the MiG-35 also has many features that consumers are attracted to for strengthening their air force. It is able to reach speeds of Mach 2.25, has a range of 1,000 kilometers, improved agility as well as lower maintenance costs than previous versions. Weaponry includes a 30-mm cannon, air-to-air missiles, and air-to-surface missiles.

“The aircraft is completing the general assembly stage, and should move to flight tests in accordance with the schedule.”

The MiG-35 could pose a threat to the United States Air Force with its new capabilities while earning their economy billions of dollars. A MiG-35 is seen in the footage here in a flight demonstration, what do you think of it?