RC K-7 Takes Off And Enters The Skies 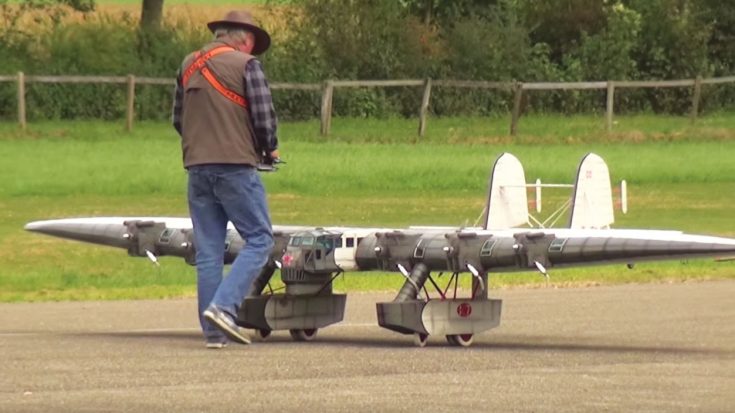 Wow, This Was Some Crazy Engineering.

This here video is proof that anything will fly if given enough power. This, let’s say, “interestingly” looking aircraft was drafted up by non-other than the Soviet Union back in the 1930s.

Originally a transport plane, the Kalinin K-7 was meant to haul 120 civilian passengers or 112 paratroopers in time of war. For comparison, think about the fact that its wingspan was almost that of the B-52 Stratofortress. That’s nearly 180 ft.

To make it more versatile, it also had a bomber configuration and could be equipped with auto-cannons and machine guns as well as being able to carry a bit over 21,000 lbs. of bombs. Although that’s all well and good, it never entered production.

Although it successfully completed seven test flights, it was the 8th that did it in. Because of the oddly placed twin tail booms and engine vibrations resonating within the airframe, this plane went down killing a total of 14 people. After that, it was mostly forgotten by most people.

Now however, you can see this thing in action at RC clubs. We’ve seen a couple of kits of this plane, but we think that this one is custom made due to its sheer size.

Coming at you from Switzerland, a man by the Rainer. M put this monstrous plane together and actually got it off the ground. It might not be the pretties of planes, but spectacular to watch nonetheless.