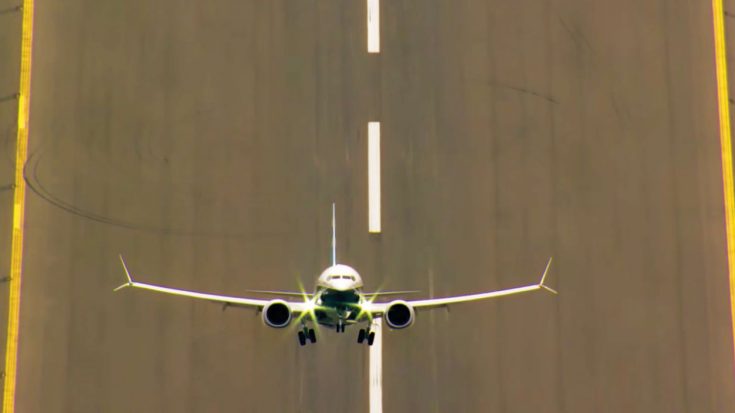 Before everyone starts going for our jugular about the word “crazy” we used in the title, settle down. We know this is a test pilot and that’s what they do. They test planes to their limits. He’s not doing anything reckless nor “crazy” per say but think about it. Being a test pilot takes a bit of a crazy person. Very skilled, very brave and yes, a bit nuts.

Now that we go this out of the way, let’s talk about what we have here. Boeing just finished this baby up, its first flight taking place on January 29th, 2016. After a series of tests (one of which you’re about to see), they’ll be up in the air by next year. Boeing already has 3,331 orders to fill!

The video will show the incredible agility of these planes. When they’re occupied by passengers they won’t be flying it like that of course, but it’s ability to do so makes it quite the plane to fly in.

The main difference in this MAX line is larger and more efficient engines as well as some structural changes to the airframe. For all that however, you need to pay $112.9 million a pop.