Crosswinds Cause The SCARIEST Landing Ever Recorded 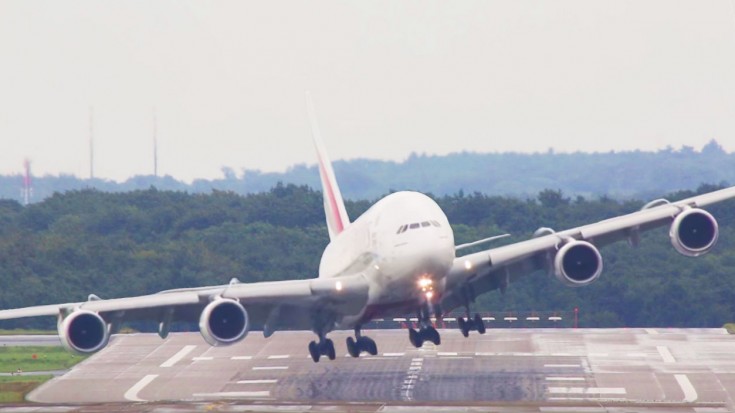 Got To Hand It To The Pilot.

As we’re all about aviation here, you guys and gals certainly know that all landings are just controlled crashes. Every seasoned pilot will tell you that and although it might sound like a joke, it’s not. It’s the downright truth.

Welcome to the Düsseldorf Germany flight coming back from Dubai. Operated by the Emirates, this airline now uses the brand new A380 jetliners made by Airbus. It’s the worlds largest passenger airliner which is really neat, but it also means that they might have been 853 petrified people onboard if the flight was booked.

That day there were some treacherous crosswinds recorded on the runway and to make matters worse the tarmac was wet due to heavy rainfall. It’s not a recipe for disaster as these pilots are usually ex-military, so this is a piece of cake for them. It is scary if you’re a passenger though.

Coming in sideways to counter the wind, the pilot came in hot and once the back wheels touched down, he corrected and turned into the straight. It was marvelously done but we bet palms were sweaty. Great job!