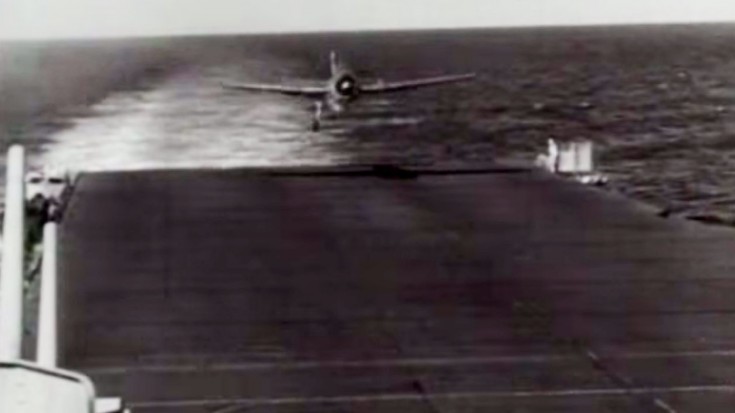 In this rare, vintage video, you’ll see three skillful carrier landings of planes that were damaged while fighting during the Battle of the Philippine Sea. This naval battle was the largest carrier-to-carrier conflict in history, and took out Japan’s ability to conduct further carrier attacks. Although a battle at sea, aircraft were used heavily to ensure the safety of the ships on both sides.

Here’s what you should expect:

These guys were lucky! Although Japanese casualties far exceeded American ones during this showdown, some pilots never made it back. During the fight, less than 20 American Hellcats were shot down, comparing to 480 Japanese fighters. The big discrepancy was due to two major factors. One, the American Hellcats were more rugged and deadly than the Japanese A6M Zeroes, which by 1944 were significantly aged. Second, the Japanese flew new and undertrained pilots, whereas the Navy deployed veterans with much more combat experience. As you can see here, they skillfully landed planes that were not in the best shape to do so!