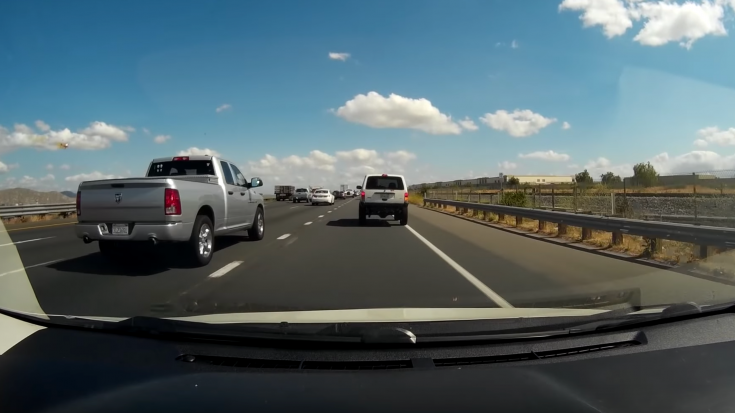 Dashcam footage of the F-16 crash has been uploaded by a Youtube user and captures the very moment the pilot ejects from the aircraft. This event took place last week near March Air Reserve base in Riverside, CA.

The pilot was sent to a local hospital for evaluation and a few warehouse workers were triaged because of the debris from the explosion, but no serious injuries were reported.

It turns out the pilot was actually conducting a training mission for North American Aerospace Defense Command when the crash happened. The cause might have been from hydraulic problems on the way to landing, but no official word yet.