Plane Gets Struck By Lightning- Caught On Video 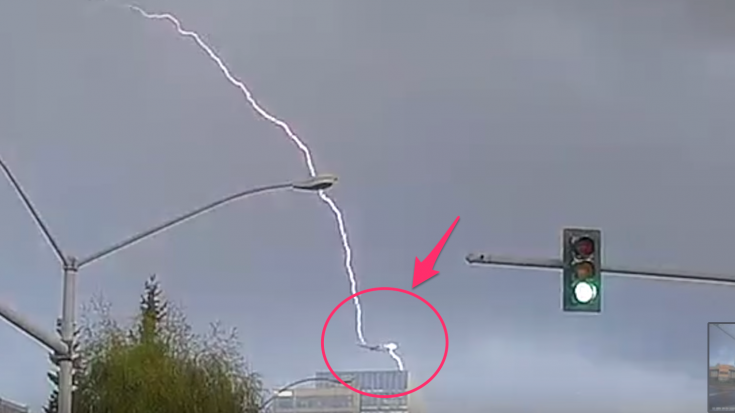 A lightning strike on an aircraft was captured on video in Anchorage, Alaska on May 16th. The uploader describes driving through downtown with the dashcam on and only realized later after re-watching the footage that it actually did strike the plane. If you look closely, it seems to have struck the nose of the airplane. Thankfully modern aircraft have been structured to deal with lightning strikes as it is a common thing.

It has been said to be rare to have lightning storms in Anchorage. Usually passengers will hear a loud noise as well as a flash when struck, but it is extremely rare for aircraft to go down because of lightning.