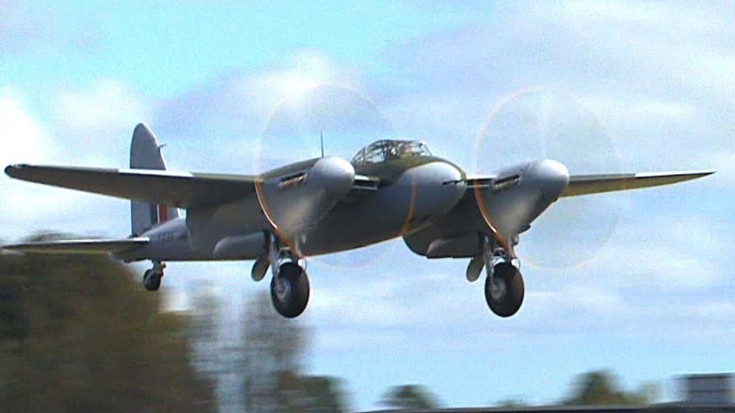 The Wood That Could!

The British designed the de Havilland Mosquito which was introduced in 1941 and was constructed almost entirely of wood, earning the nickname “The Wooden Wonder.” What makes this plane unique is its widespread use in different roles during the war. A two-man crew was all that was needed to operate this flying menace no matter the mission.

Equipped with dual Rolls-Royce Merlin, liquid-cooled V-12 engines that produced 1,400hp each, they allowed the Mosquitos to reach a maximum speed of 415 mph. This made it one of the fastest production airplanes in the world during that time.

This plane was used as:

These are just some of the uses for the Mosquito. They flew everything from high-speed, high-altitude photo missions to low-altitude attacks on ground targets. Needing only one person in the bomb bay, this was one versatile plane!

There were only about 7,7oo of them produced between 1940 and 1950.  Although initially Mosquito losses were high, (mostly due to being deployed into high risk areas), this aircraft had the lowest losses of any plane that flew during World War II.
There are only 30 Mosquitos left around the globe, with only two that are still airworthy. This is one of them!