Dynamic Me 262 Blares Through The Sky 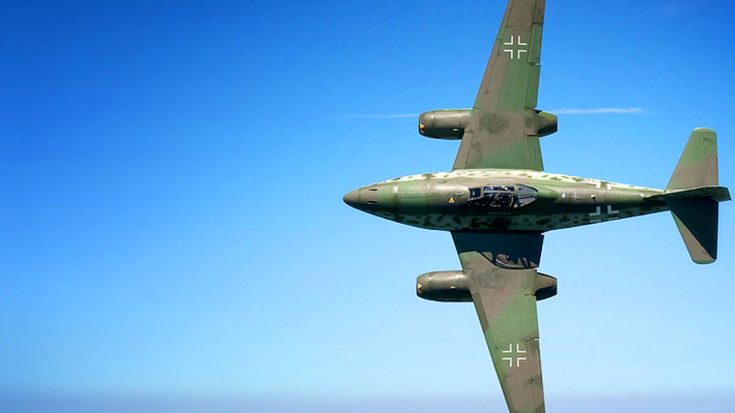 During WWII Willy Messerschmitt changed the face of military aviation when he incorporated a jet engine into a fighter. Suddenly the world had gone from fighter planes to fighter jets with the introduction of the Messerschmitt Me 262.

It was a brilliant fighter with success in many battles but ultimately it was too little too late for Germany to stop the advance of the Allied Forces. Only a handful of Me 262s still exist to this day and there is a replica model embodies everything the first fighter jet could do that belongs to the Messerschmitt Foundation.

“The primary aim of the foundation was the preservation and maintenance of German artistic and cultural monuments in Germany and abroad as well as the promotion of young talent in the field of aviation – two aspirations very close to the heart of the brilliant engineer. His aircraft are characterized by beautiful aerodynamic lines. They embody the perfect combination of lightness, simplicity and outstanding performance. In addition to his own work as an aircraft designer, Willy Messerschmitt was also passionate about the visual arts.”

It is a thing of beauty to see the Me 262 fly again, this daredevil pilot doesn’t skip out on the speeds or the stunts. This video Paddy Patrone shows that preserving history can still be very exciting.