The Reason We Fly In Formation Is Because Of WWII Threats 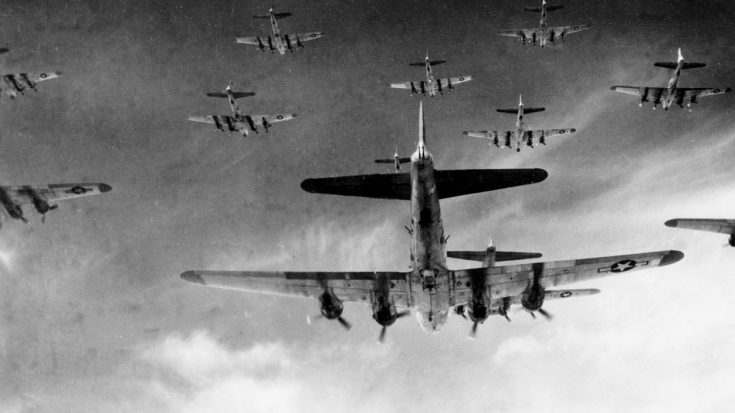 Common Knowledge Now, But Back Then Things Were Different.

We found this informative little clip when we were brushing up on our air to air tactics. Although most people know this, we figured we’ll share it for those of you who weren’t aware of it. The common formation flying technique you see nowadays was actually invented during the Second World War.

We’ll let the video do most of the talking, but we’ll give you a quick rundown here in case you actually like to read.

Dogfighting and air warfare in general were first seen on a massive scale during World War I. If you look at old footage (which will be shown in this video) or even the few existing pictures of bi-planes duking it out in the sky, you’ll notice complete chaos. Planes were flying erratically all over the place, the guys in the back literally shooting a machine gun out of the back seat. Not many tactics were applied back then.

Since World War II brought about a big boost in technology, aerodynamics and weaponry, these faster and more agile planes had to work in tandem to protect each other. This short yet informative clip will show you exactly how and why.