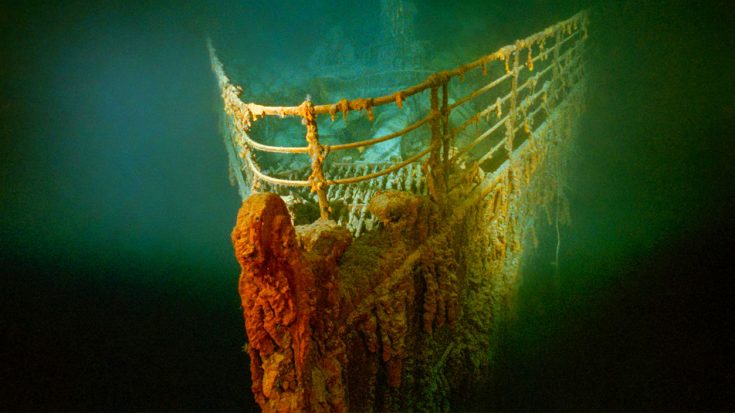 The Truth Comes Out.

The tragedy of the Titanic and it has fascinated people for over a century, the unsinkable ship that sank to a frozen grave. Then in 1985 ocean explorers discovered the wreckage into two broken pieces on the floor of the Atlantic Ocean. This was hailed as the discovery of a lifetime, but it turns out that it was only an accident they were searching for something else down there.

Dr. Robert Ballard is the oceanographer who discovered the wreckage of Titanic and ascended to worldwide fame. But there are some details of his expedition that he remained tight-lipped about for years and its true nature. Ballard was recently interviewed by National Geographic about his search in the depths of the Atlantic and he is finally talking.

The truth is that Dr. Ballard was contacted by the United States Navy to search for something else entirely. Finding the wreckage of two nuclear submarines the USS Thresher and the USS Scorpion was the main objective of this search. The Navy wanted to know if their reactors posed a threat to the environment and if nuclear waste could be disposed of in the deep sea.

He found the remains of the sunken submarines and discovered that they posed no radioactive threat for contamination. However, upon returning from the mission Ballard’s deep-sea probe found debris on the ocean floor and used it as a trail to find the remains of the Titanic.

“But the Navy never expected me to find the Titanic, and so when that happened, they got really nervous because of the publicity. But people were so focused on the legend of the Titanic they never connected the dots.”

In the end, the discovery of the Titanic ended up being the perfect coverup for the Navy’s mission in the North Atlantic.