1942 TODAY: Volunteers Line Up For Bold Raid Not Knowing If They’d Return 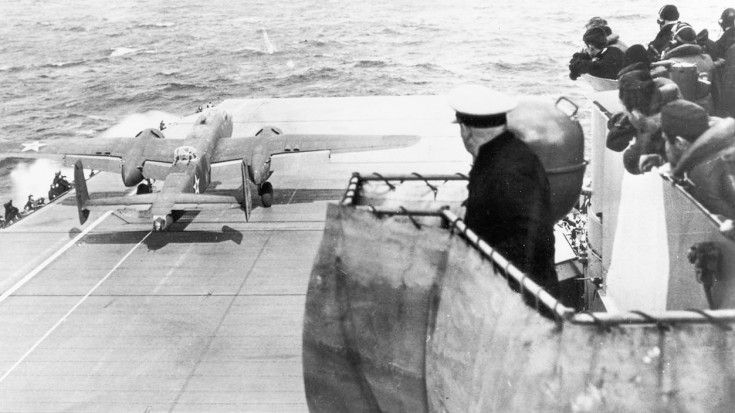 This Raid Was Meticulously Planned Before Execution.

After the Pearl Harbor attacks, the United States military wanted to respond in such a way to let the populace know such an attack would never happen again. Hit fast and hit hard was the modus operandi for the entire mission.

As General Jimmy Doolittle said himself, the idea was to show the Japanese American airpower and keep their planes at home to defend themselves. That was the Doolittle Raid and he’ll explain in this video himself.

Some interesting facts were presented during this interview as well. When the raid was first proposed, it was unclear whether it was actually possible to carry out. Not only were bombers untested on carrier decks, the Navy didn’t know how close they could actually get to the coast of Japan.

“First I found out what B-25 unit had the most experience…then I asked for volunteers….the entire group volunteered.”-General Jimmy Doolittle

Selecting B-25 Mitchells as they were medium sized but had the payload and range the mission required, Doolittle tirelessly tested their takeoff capabilities. It was then established that they could in fact take off from the deck and carry out the mission. Next were the crews.

The General searched for the most experienced and capable B-25 crews he could find, and then asked them to volunteer for this special mission. Out of the 80 brave airmen who were asked, everyone of them raised their hands to carry out the mission.

The rest of the information about the mission is in the video. We’d like to thank the brave souls who went out when duty called. Truly the members of the “Greatest Generation.”